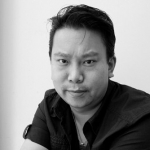 The 35th Anniversary to the end of the Vietnam War, or American War as it was known to the Vietnamese), I think to me, has a double meaning, but is bonded and interwoven to common purpose. The cessation of hostilities meant that peace was on the horizon, but with a tremendous human cost. It meant for some for instance that after 30 years of constant struggle for independence against both the French and American occupation in a war that had cost countless lives, and in a country that was ravaged and raped by foreigners wanting to own what was not theirs to begin with, that peace and reunification may be accomplished. Of course, for others such as refugees, there are many other stories to be explored and given respect.

I feel that many families were torn apart as people were forced to take either one side or the other, or in some cases, one side during the day and the other at night for fear of retribution from both sides. The war was also something that was fought and lost on television, and often those at home had no concept of what it meant for those doing the fighting, and witnessed the death and destruction on both sides. There are still people living in Vietnam to this day that have lost their family members tragically, and are still searching for one another.

Recently, I was one of six Vietnamese adoptees from Operation Babylift privileged enough to appear on Vietnamese television to search for my birth family. Whilst filming we saw a lady reunited with her family after 35 years and another man reunited with his family after 25 years. It struck a nerve, making me realise that it was not just those adopted children that had families torn apart by the war, but even those that continued to live in the country after the war had lost family members that were still living in the same country!

THIS was the harsh reality that was bought home to me on this program. I knew that we as adoptees were a special breed, but had never had the opportunity before to stop to think about those left in the country, separated by a cruel twist of fate.

Many things about the war make me wonder, such as had the French not experienced enough heartache and pain at the hands of the Germans in World War 2, why then, did they needed to force themselves upon the Vietnamese as the Germans forced themselves on to them? Or had the Americans not had enough of killing themselves in the civil war movement, that they NEEDED to get involved with another country’s civil war and thus prolong the death and suffering of not only another country’s people, but also their own people?

Historians and public alike now know that the Domino Theory was not realised once the Communist forces gained control, so one of my reflections is that EVERY soldier from the allied forces that were not Vietnamese died for NOTHING – because America wanted a war and to involve everyone else. It seems like 30 years of fighting and dying for NOTHING. The Jolly Green Giant who fell because they got poleaxed in the kneecaps! That’s America for you, and like a spoilt child who didn’t get what they want, America turned and ran away leaving the country they had so willingly ravaged and raped to fend for itself. The people that fought by their side during the war were left open to persecution. Why did they even get involved is a question that lingers in my mind.

Being part of a Vietnamese adoptee community is very important and it brings to me a sense of finding one’s family, belonging and of course, a common ground where, until the advent of the Internet, most of us felt alone in the world, trying to struggle being of two worlds, stuck between Heaven and Earth, not knowing who we were. I feel we are kindred spirits, brothers and sisters now being reunited.

Reconnecting and reuniting in Vietnam was both a rewarding, yet sometimes harrowing experience, and often deeply touching at an emotional level. We had adoptees from Norway, Australia, America, Canada, Germany, France, UK, and Sweden, all with personal stories to tell, but all from the same foundation, all a product of the war.

It is with this common ground and sense of belonging that was never really able to be grasped so clearly to me while growing up ‘Australian’ only that draws me to the adoptee community and fills me with a sense of pride to be part of that group. It is a global movement and in our own way, our own army searching for our birth families.

Although once alone and frightened of what the truth may hold, we are together and supportive of one another and I feel we are there for each other to offer support that was never available before. The old “I know how you feel” is a sentiment we all know, and of course, “together we stand, divided we fall” is another adage that has been impacted upon me during the short time I have been able to spend with my brothers and sisters.

Where once we were alone seeking ALL the answers going through our own personal torment, we are now drawn toward one another and know that we are together on this and it is not a personal torment, rather a shared one that can be faced together which also brings about a sense of security and family unit. It is that which was missing before, and has now been found that draws me to this community.